Trevi ASC, work has begun on foundations for "The Line," the city of the future

For the execution of the foundation works, Trevi employs high-end Soilmec equipment. Considering the diameter of the piles (between 1.5 and 2.5 meters) and the excavation depths (up to 70 meters of excavation from the work surface,) the equipment used is top of the range. Soilmec SR-90 and SR-100 are currently present and operating on site, with plans to employ SR-115/SR-125 and SR-135 in the near future.

The workforce currently employs about 150 people but will soon increase to 250 once the construction site is working at full capacity.

The futuristic city will be home to nine million people and will consist of a series of communities laid out in a straight line, "The Line" in fact, namely, 170 km long, running from the Red Sea coast in the northwest of the country to the interior, crossing deserts and mountains. The distribution pattern of The Line moves underground at two distinct levels, high-speed rail, and infrastructure. Hence, above ground, there will be green areas for citizens and pedestrian pathways instead of cars. 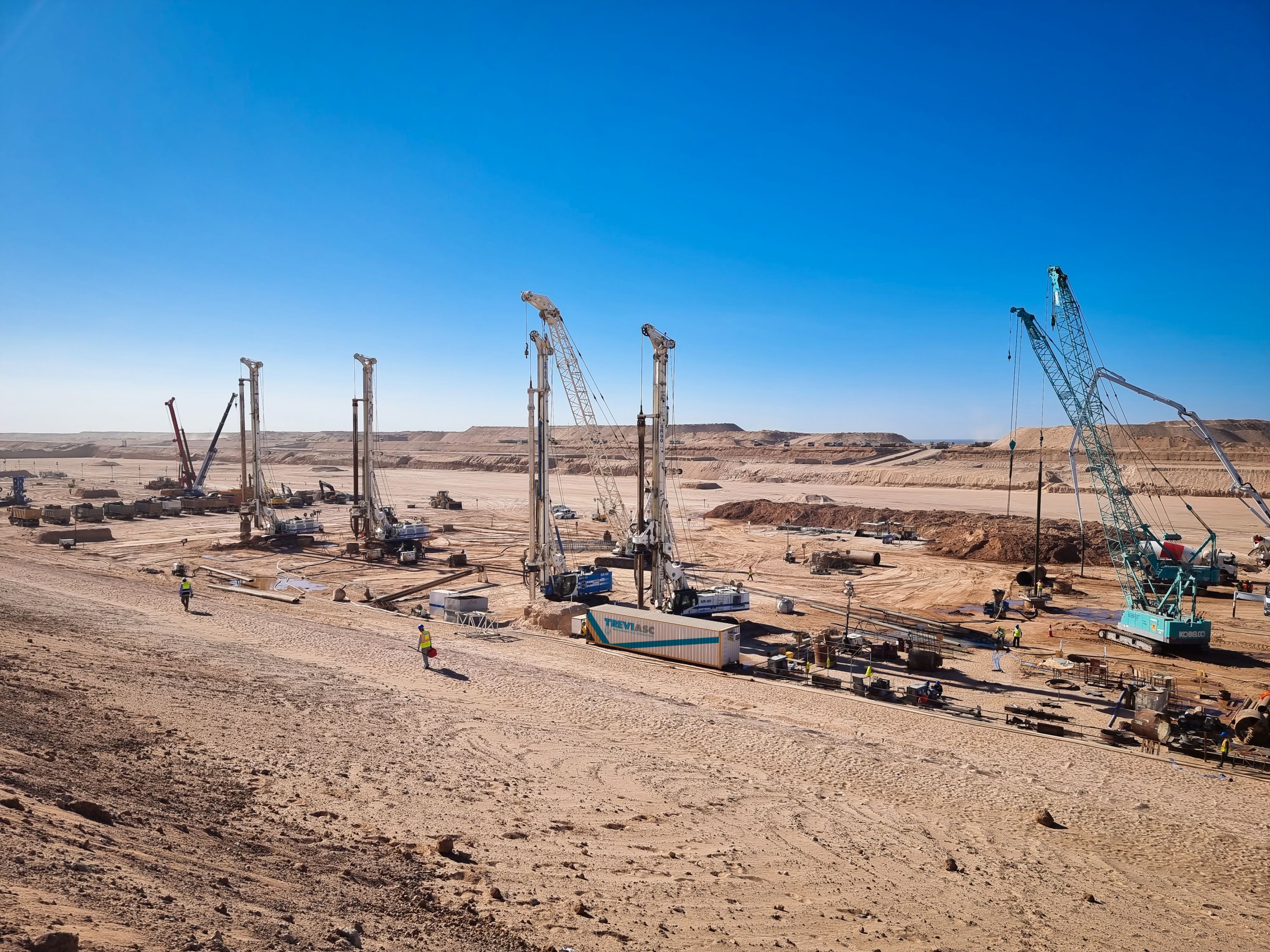