TREVI FOR ICD TOWER IN DUBAI

Swissboring, the Trevi branch in the United Arab Emirates, has just performed the foundation works for the new ICD Tower at Dubai Financial Centre.

Swissboring, the Trevi branch in the United Arab Emirates, has just completed the foundation work of the 54-storey, 282 meter-high ICD Brookfield Place, which has been designed by the British architects Foster+Partners. The project named ICD Brookfield Place is located on Dubai Financial Centre under the joint venture between Investment Corporation of Dubai (ICD) and Brookfield Property Partners.

This is the first major project to get under way at Dubai Financial Centre since the onset of the 2008 financial crisis. The mixed-use development designed by Foster+Partners includes a 53-storey tower that comprises over 900,000-squarefeet of Grade A lettable office space adjacent to a 150,000-squarefoot retail centre with shopping, dining, fitness, and private club facilities. Three executive sky view suites at the top of the office tower feature multiple terraces and an open garden with uninterrupted views of famous Burj Khalifa skyscraper.

The mobilization of the project started on middle of March 2016, and for a duration of approximately 18 months. With the help of several Soilmec rigs and cranes, Swissboring constructed 12.000 m² of diaphragms wall, 850 number of piles diameter ranging between 1,000 mm to 1,500 mm and more than 2000 number of ground anchors. ICD Brookfield Place is expected to be completed by late 2018. 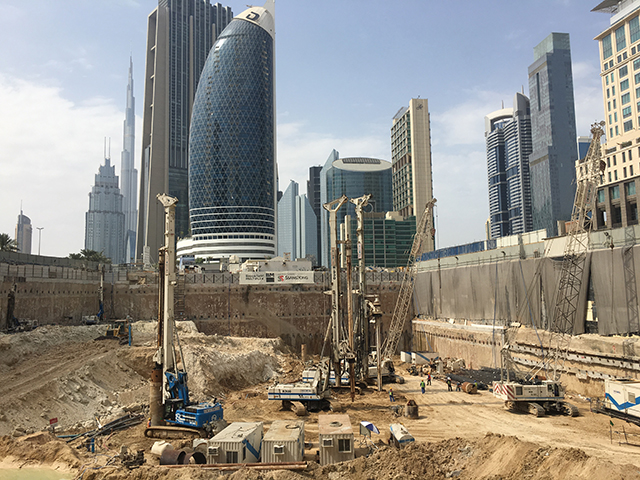