Trevi Foundations Nigeria Ltd is working on the foundations of a beverage production facility in Shagamu Ogun State for the main Contractor Vita Construction Ltd whose customer is SAB Miller (Intafact Beverages Limited).

The project was initiated following the first agreement with Vita Construction Ltd, whose work started in March 2017, followed by a second agreement in June 2017.

Trevi was awarded the piling work which was to be carried out in six months:

Trevi has been involved with a 27-member staff, two teams for only 3 weeks, 2 Soilmec (SF70) equipment for CFA Continuous Auger piles, 3 concrete pumps, 1 service mobile crane, an excavator and a payloader. All of the activities described above, from the installation of piles to the manufacture of steel cages and pile tests, are carried out directly by Trevi Foundations Nigeria Ltd.

There was great difficulty in drilling because the ground on the site is made up for the first 18-20m by laterites and for the subsequent 2-4m of sand. Such stratigraphy resulted in low daily production and heavy wear on excavator tools. 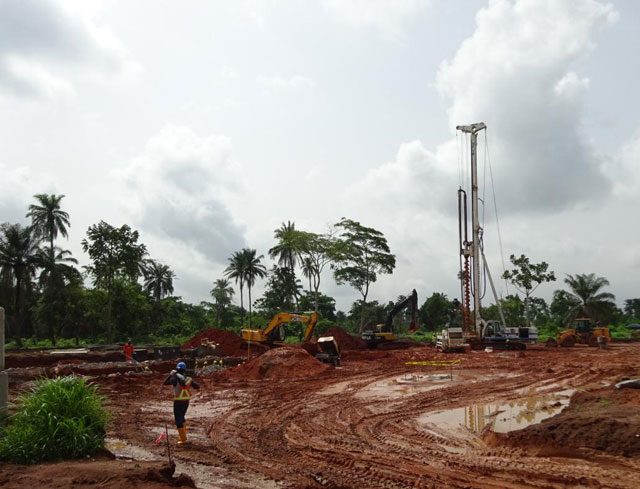