An unprecedented result for the Trevi Group not only for the scope, but also for the difficult environmental and logistical conditions in which it developed.

The project started in 2016, with the aim of securing the Mosul dam in Iraq and it was quite challenging since the very beginning: the political-territorial difficulties, the technical/technological intervention and the same environmental conditions (humidity, heat, restricted environments and depth of the galleries in which we intervened) put a strain on the entire Trevi team.

Despite the difficulties and complexities of the project, the Trevi operating team, made up of over 700 workers from a dozen different nationalities, showed great cohesion, team spirit and dedication (working 24 hours a day, 7 days a week) so as to reach the very important result of 5,000,000 hours worked without accidents.

The result of a new work culture, which Trevi has carried out with dedication and commitment since the very first days, concentrating most of its efforts and time to improve people's awareness with regard to the value of "Security" and "Training" in construction sites.

A path started from PPE (Personal Protective Equipment) to Risk Management and Accident Prevention, so that operational safety standards and training capacity – both in the field and in the classroom – reached the highest levels. This is also thanks to the continuous and steady presence of FTA (Foundations Technology Academy), the staff dedicated to this very important aspect, which has engaged both teachers and auditors for several hundred hours.

The US Corps of Engineers of the American Army, which supervises the whole project, acknowledged said performances last October, during an official ceremony. A result that makes the Trevi team even prouder of having participated and of being able to continue to be protagonists in such an important international project, not just from a technological point of view, but also, and above all, socially speaking. 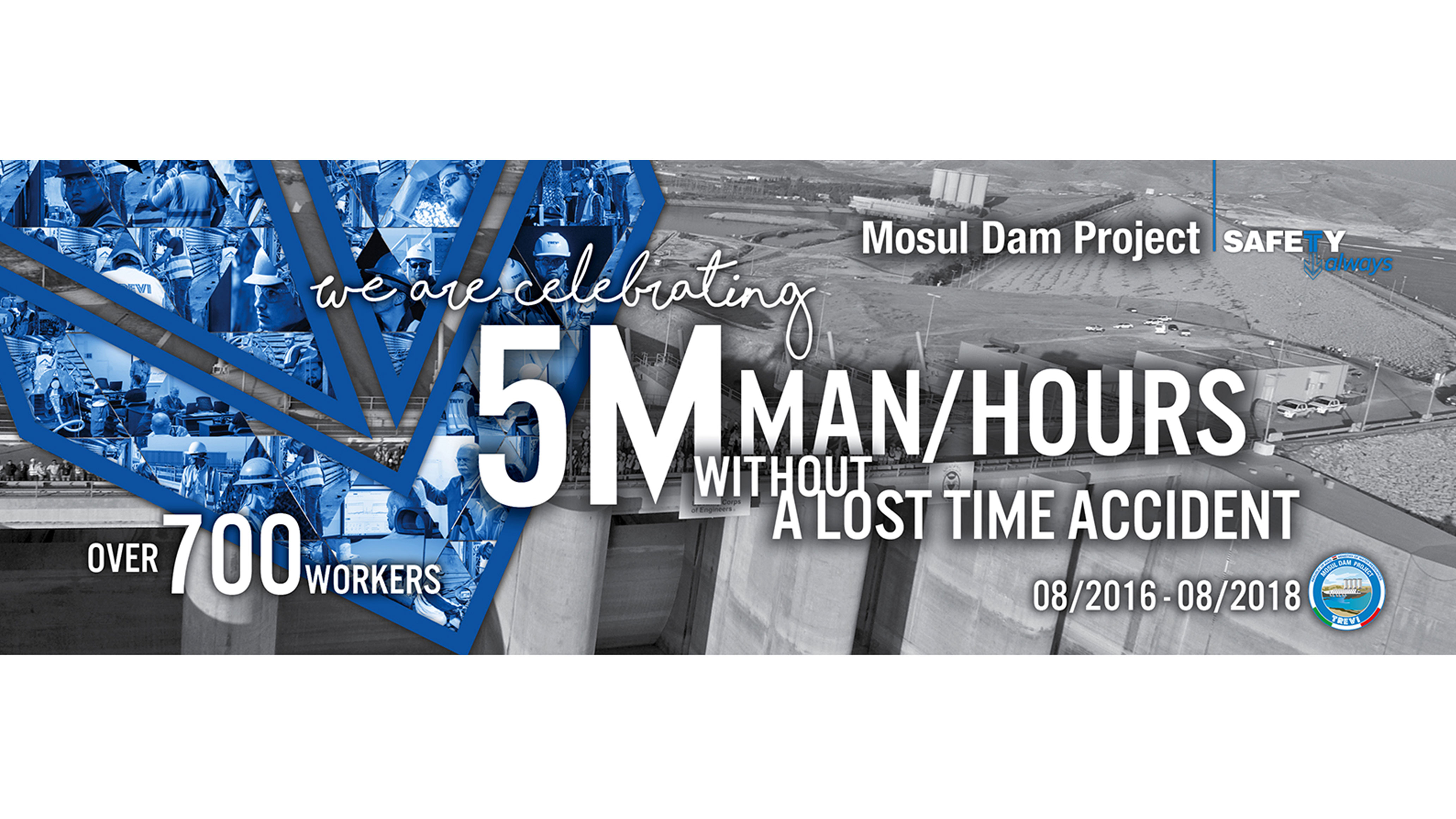 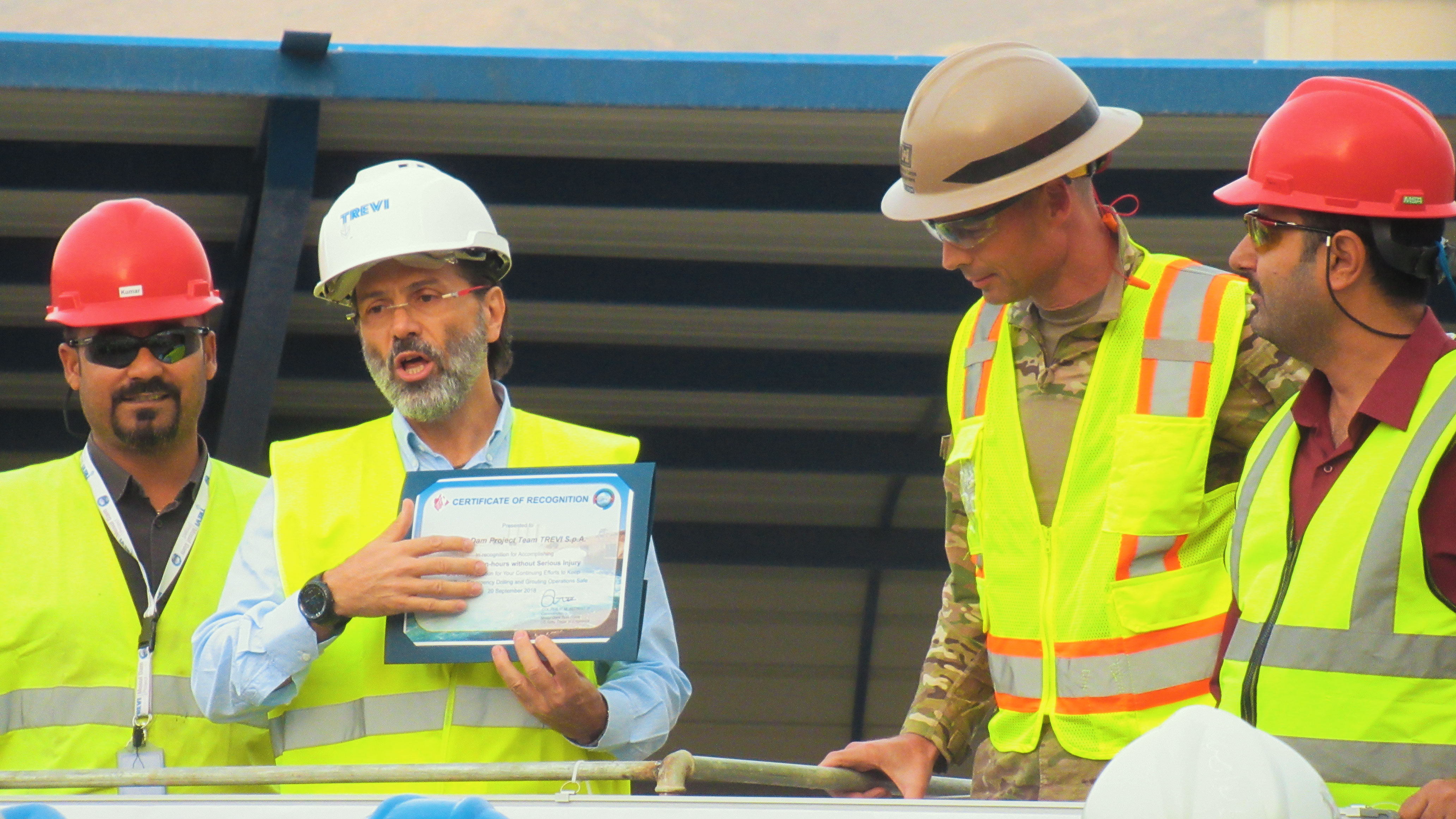 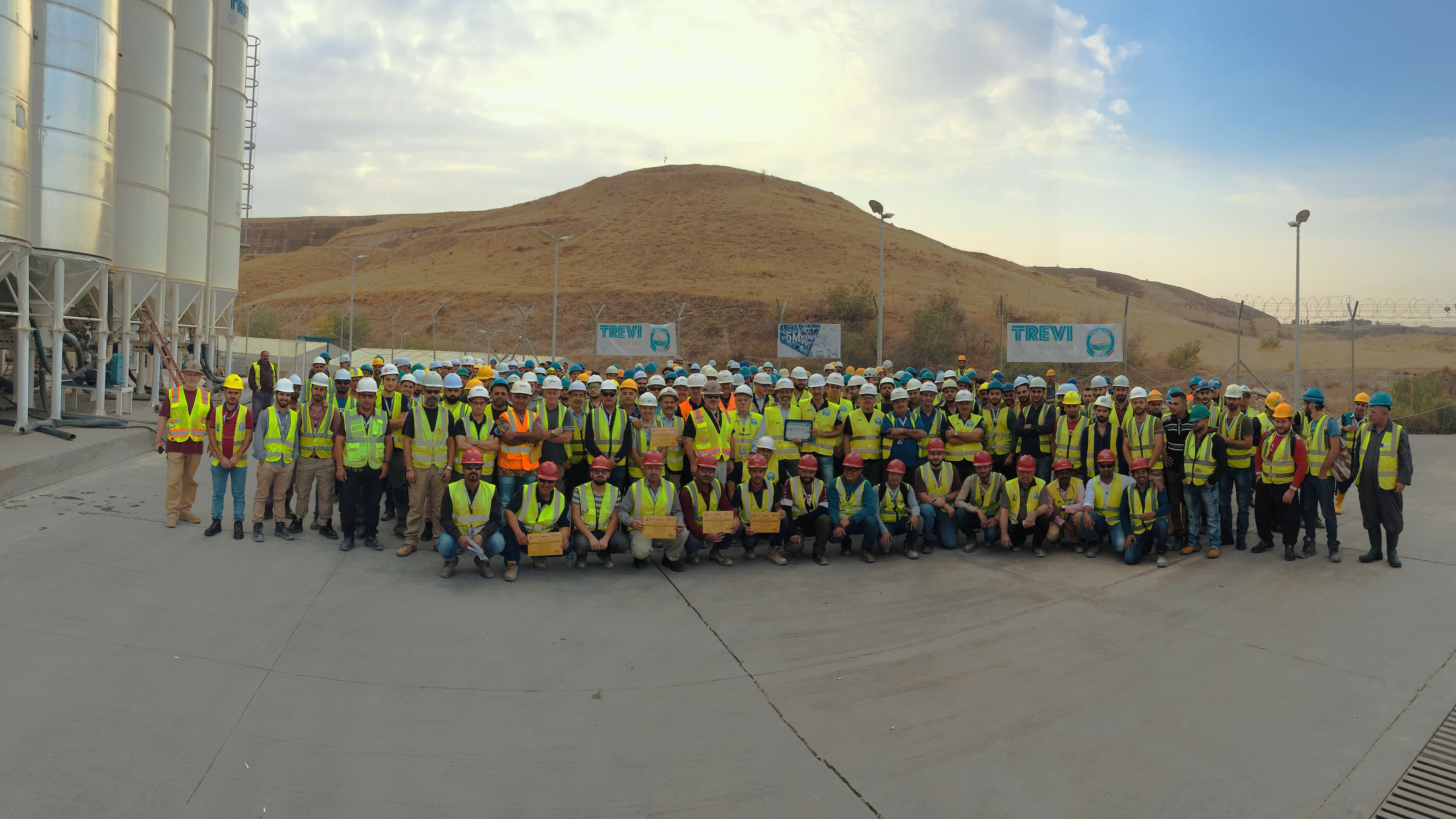 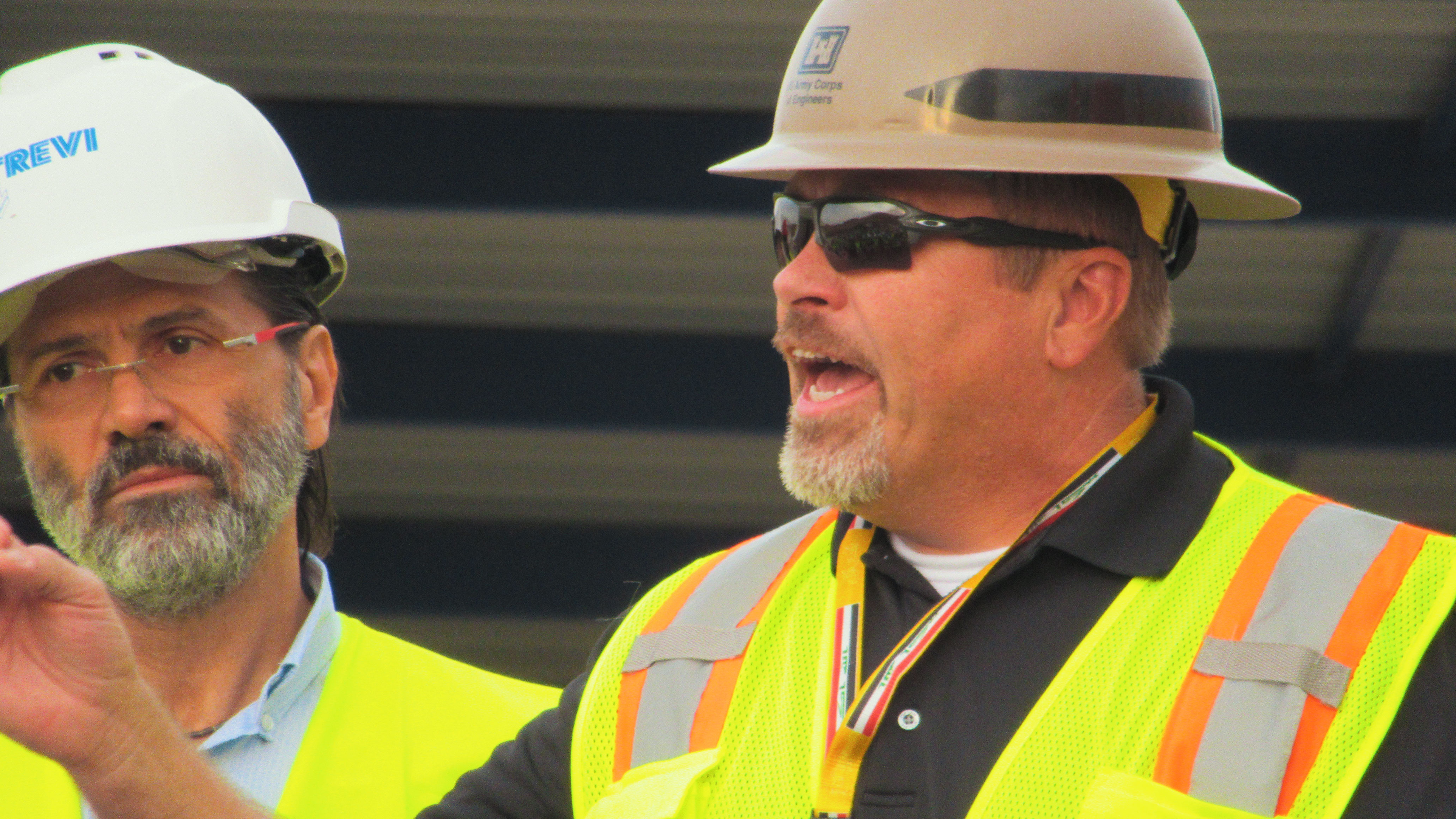 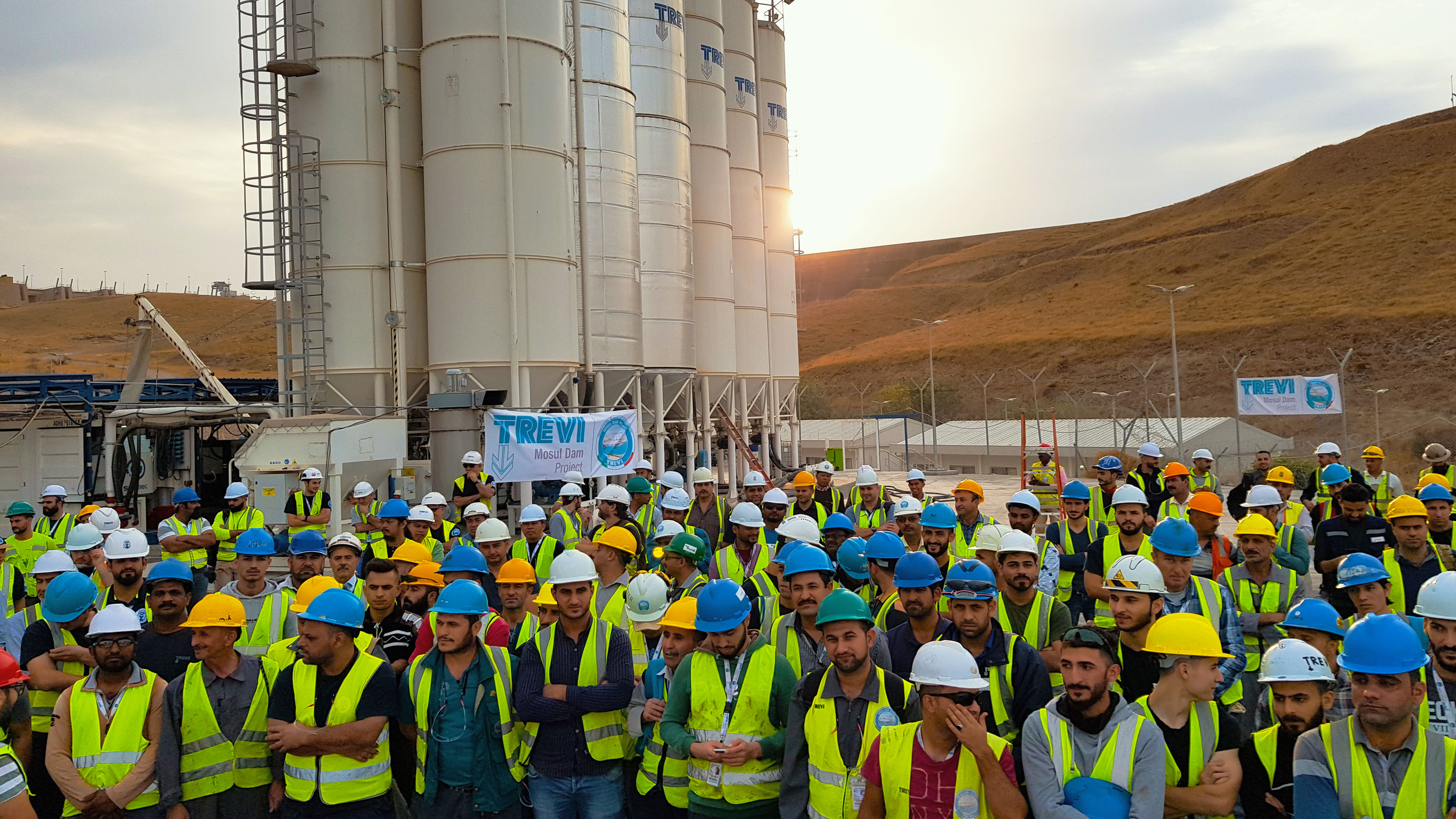 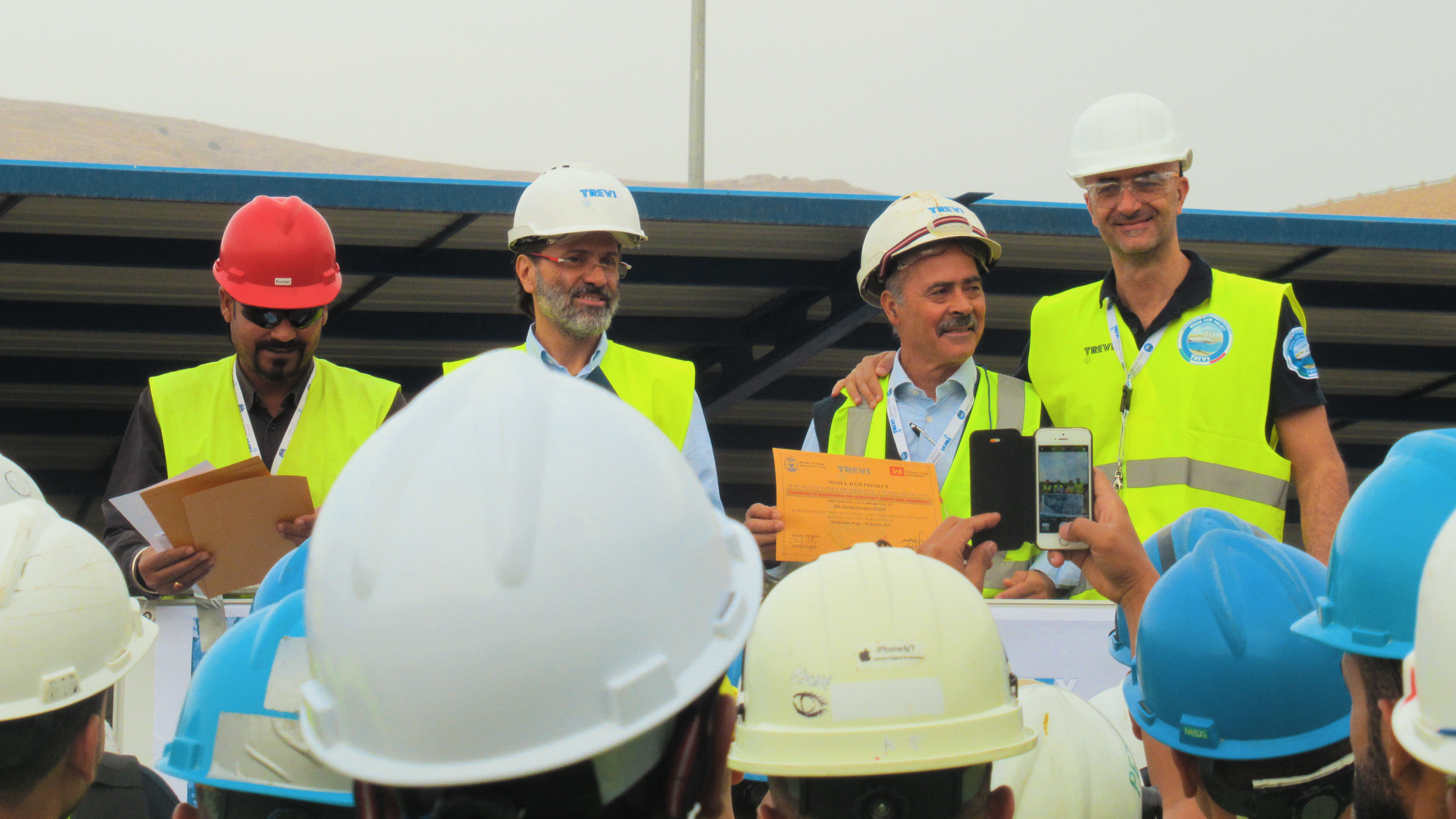