During its 10th Networking Day held in Rome on 16 April, Confindustria Assafrica & Mediterraneo awarded Sparkle for being member of the Association from its foundation in 2009

Reward the entrepreneurial vision that allows companies to reinvent themselves in order to remain protagonists and creators of development in geographical areas that are laboratories of the future.

This is the meaning of the Loyalty Award that Confindustria Assafrica & Mediterraneo has given to Trevi Finanziaria Industriale at the 10th Networking Day starting from 2009 to 2019 for having continuously renewed the membership in the Association of Confindustria system - also accompanying its transformation - operating in Africa, the Mediterranean and the Middle East. 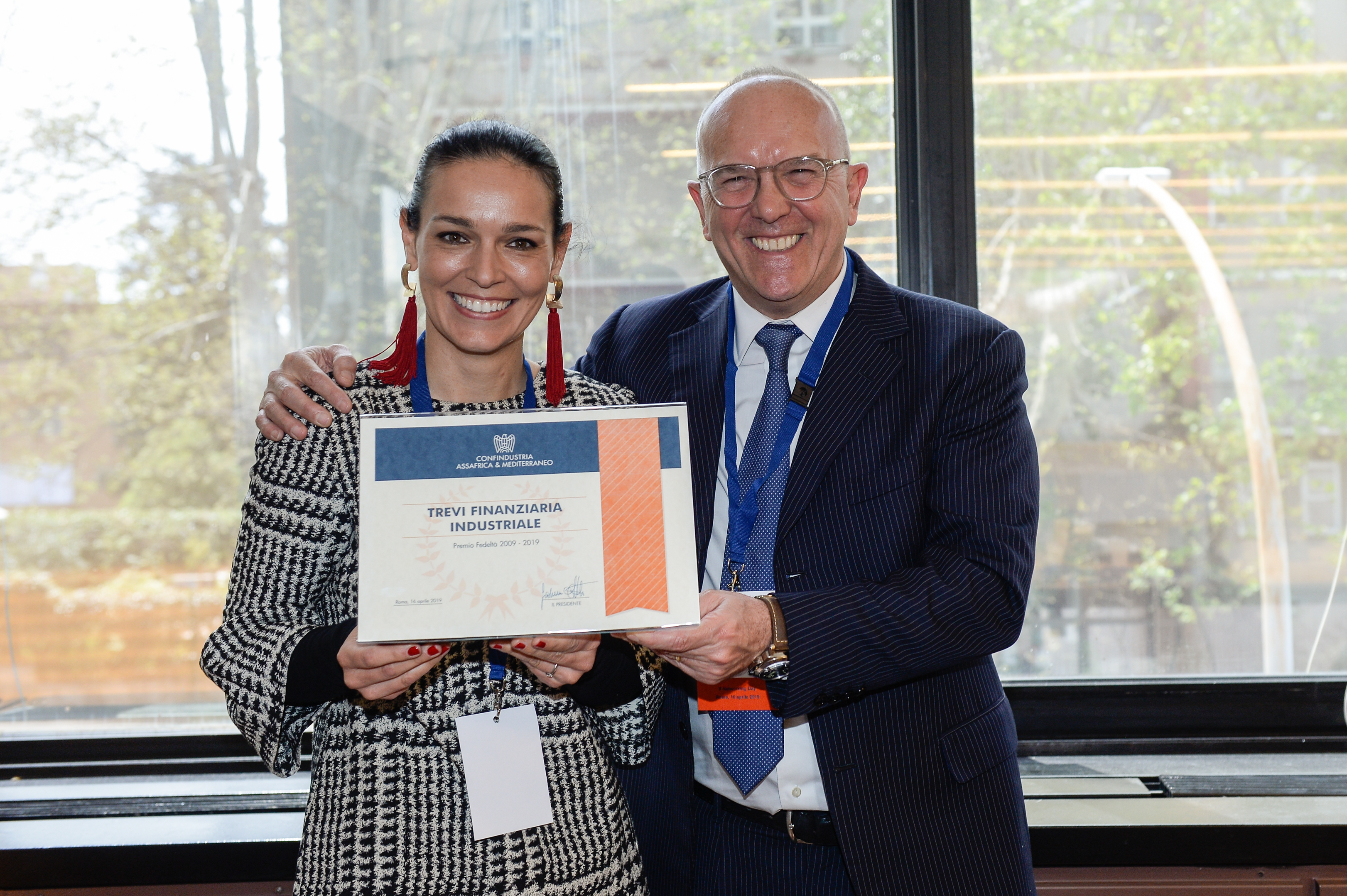